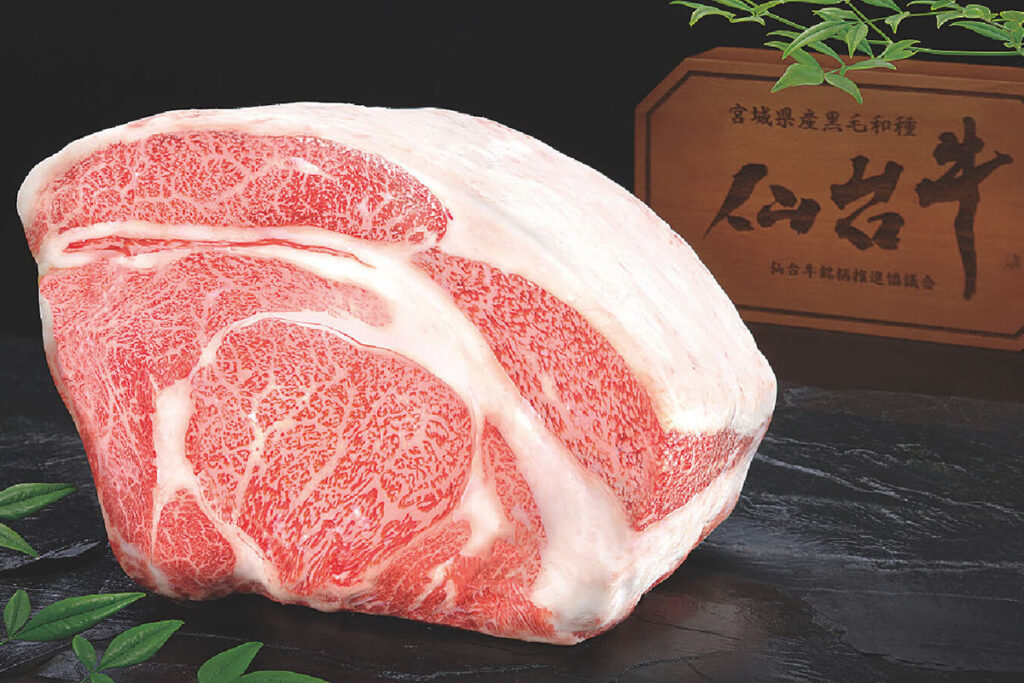 miyagi prefecture is a major rice producer in japan and is famous for its high quality rice. there is less snow in winter here, and dry season with the abundant sunshine make the straw quality better for cattle. in addition to eating the straw, the cattle are also fed by farmers who grind the rice into powder and mix it with fodder, or ferment the stalks and ears together. it is said that allowing cows to eat rice can increase their fat mass, and some farmers in the sendai area also use glutinous rice to feed their cows! the unique environment and feed allow sendai beef to become japan’s top black japanese beef with only a5 and b5 grades, and it has won the highest honorary award twice at the tokyo meat market evaluation. although miyagi beef produces 30,000 heads per year, sendai beef accounts for only 20% of the total, with an annual output of about 6,000, which is rarely available even in japan.

the ribeye is the muscle between the backbone and the rib cage of the beef, and is relatively smooth and juicy. it is richly oily, often with a distinctive grease in the middle, and tends to be frosty and soft.

* 圖片只供參考
* photo for reference only